Home » Peace & Politics » No, the Bible Doesn’t Claim that the Israelites Killed All the Canaanites

No, the Bible Doesn’t Claim that the Israelites Killed All the Canaanites

Quite a few media outlets have recently claimed that science has disproven the Bible. They point to a recent study showing that the DNA of modern Lebanese people match 90 % with the DNA of five Canaanites that died 3 700 tears ago. They then go on claiming that the Bible says that all the Canaanites were killed as Joshua and the Israelites conquered their land.

There’s only one problem. The Bible doesn’t say that the Canaanites were wiped out.

And here’s the really interesting part. The Canaanites that survived were not merely people that managed to escape what on-the-whole was a genocide. No, the places where Canaanites were left (Hebron, Negev and the hill country) were the same places where the book of Joshua states that the Israelites left no survivors (Josh 10:38-40). 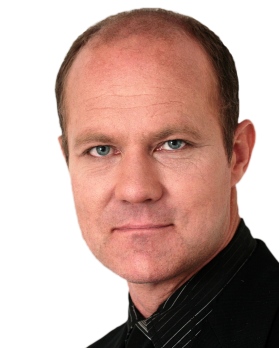 In fact, Canaanite survivors are mentioned in the book of Joshua just a few chapters after they are being described as exterminated. Matthew Flannagan, co-author of the book Did God Really Command Genocide?, writes:

Similarly, in Chapter 17 it states “Yet the Manassites were not able to occupy these towns, for the Canaanites were determined to live in that region. However, when the Israelites grew stronger, they subjected the Canaanites to forced labor but did not drive them out completely” (Joshua 17:12-13).

We hear that “Danites had difficulty taking possession of their territory, so they went up and attacked Leshem, took it, put it to the sword and occupied it. They settled in Leshem and named it Dan after their forefather” (Joshua 19:47).

Here we see the same land said to be subdued and conquered by Joshua in battles where he exterminated and left alive nothing that breathed; this land is yet to be occupied by the tribes of Israel and is occupied by Canaanites, often heavily armed and deeply entrenched (17:17-18).

How can the Bible first state that people were wiped out, to then without hesitation talk about them still being there? The explanation Flannagan proposes is that when the Bible talks about “leaving no survivors”, it’s using hyperbolic war rhetoric common at the time which is not intended to be taken literally. He goes on:

Second is that “those who edited the final version of these writings into one sequence were not mindless” particularly if God speaks through them.

Third, while Judges reads as “down to earth history” a careful reading of Joshua reveals it to be full of ritualistic, stylised, accounts, formulaic language. This third point is supported by research into Ancient Near Eastern conquest accounts. Such studies show

(a) such accounts are highly  hyperbolic, hagiographic, figurative and follow a common transmission code

(c) part of this transmission code is to hyperbolically portray a victory in absolute terms of totally destroying the enemy or in terms of miraculous divine intervention; “such statements are rhetoric indicative of military victory”, not literal descriptions of what occurred.

Fourth, this hyperbolic way of describing victories is attested in several places elsewhere in Scripture.

This gladly means that genocides weren’t taking place. In fact, understanding the rhetoric of “killing all” as being hyperbolic war speech, I think it’s legitimate to say that God did not literally command the extinction of entire people groups in Deut 20:17 – especially when one considers that the book of Joshua claims that they did obey the divine command by taking over the land, not by slaughtering everyone.

Thus, as Christians today condemn genocides like the ones in Rwanda or Sudan, they can honestly say that such actions are always wrong. And as we look at Jesus rather than Joshua, we realize that in the New Covenant even the warfare that was permitted for Israelites are now to be replaces with nonviolence and enemy love (Matt 5:38-48).

By Micael Grenholm in Peace & Politics on August 1, 2017.
← The Nonviolent Reformer that Sadly Didn’t Have an Easy Name Such As Luther What is Atheism, and Why Do People Like It? →