Home » Church & Theology » Is the Vatican about to Reject Just War Teaching?

Is the Vatican about to Reject Just War Teaching? 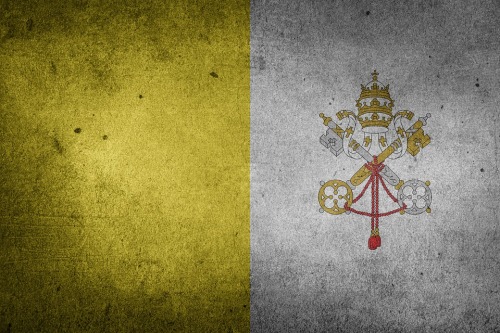 A week ago, Catholic Herald reported that a conference hosted by the Vatican on war and peace rejected just war teaching and call upon pope Francis to make nonviolence the official Catholic stance. The conference had been welcomed and blessed by the pope according to the Vatican Radio as he thanked the participants for “revitalizing the tools of non-violence”.

The conference was hosted by pacifist Catholic organization Pax Christi as well as the Pontifical council on justice and peace. In an appeal directed at the pope, the around 80 participants wrote:

“Too often the ‘just war theory’ has been used to endorse rather than prevent or limit war. Suggesting that a ‘just war’ is possible also undermines the moral imperative to develop tools and capacities for nonviolent transformation of conflict… We need a new framework that is consistent with Gospel nonviolence. We propose that the Catholic Church develop and consider shifting to a Just Peace approach based on Gospel nonviolence.”

So… is the Catholic Church about to become pacifist now? Catholic Herald notes that while pope Francis repeatedly have praised peace and participated in peace-promoting public events, he has also endorsed military intervention for example against ISIS as long as it is grounded in the international community.

However, the outcome of this conference may fuel a shift in Catholic thinking concerning peace and justice. More and more Christians discover that the early church was pacifist. The first theologian arguing for just wars was Augustine in the fourth century, who built his ideas on pagan philosopher Cicero rather than on the Bible. Augustine also defended torture and persecution against non-Christians, so his political views should be taken with loads of salt.

If Catholic teaching would shift on this point, just as it has already shifted when it comes to freedom of religion or charismatic ministry of all believers, it is yet another example of how the Catholics are simply ineffective Protestants. It is we restorationist who truly stand up for the apostolic faith, whereas the “historical” churches needs to get man-made garbage of their backs in order to resurrect the original, Biblical form.

By Micael Grenholm in Church & Theology, Peace & Politics on April 21, 2016.
← It’s Here: Everything in Common, a Documentary About the Jesus Army Skeptic Surprised by Angels and Healed →