Who could this be? Spoiler alert: It’s Jesus. Before He levitated up to Heaven, He told His disciples:

And this happened ten days later:

When the day of Pentecost came, they were all together in one place. Suddenly a sound like the blowing of a violent wind came from heaven and filled the whole house where they were sitting. They saw what seemed to be tongues of fire that separated and came to rest on each of them. All of them were filled with the Holy Spirit and began to speak in other tongues as the Spirit enabled them. (Acts 2:1-4) 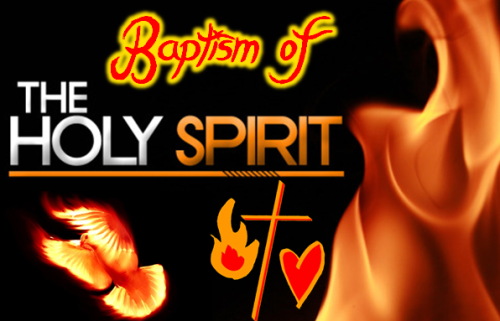 The baptism of the Spirit produced countless miracles as well as mutual love among the early Jesus-followers, so that they shared everything and had everything in common, nobody being richer than another. This is because the Holy Spirit gives both miraculous gifts for ministry and compassionate fruits for character.

This was evident among the early Pentecostals as well. At the Asuza Street Revival in the early 20’th century, a sister called J.W. Hutchins was baptised by the Holy Spirit at Asuza, and when she spoke in tongues a man who had been a missionary to Uganda exclaimed that she spoke the Luganda language. She also heard the external, audible voice of God telling her to go to Africa, so she became a missionary.

The Azusa church, the Apostolic Faith Mission, was also one of America’s first race neutral churches ever. Seymour said that the baptism in the Holy Spirit does not merely reveal itself through the gift of tongues, but also through equality between brothers and sisters, no matter what ethnicity they have. See, the Spirit isn’t a very huge fan of racism.

Is the Baptism of the Holy Spirit a once-in-a-lifetime-experienc? No, we can be filled over and over again (Eph 5:18)! If you haven’t experienced this even once, don’t worry – Jesus said that the Father eagerly wants to give this to His children:

“Which of you fathers, if your son asks for a fish, will give him a snake instead? Or if he asks for an egg, will give him a scorpion? If you then, though you are evil, know how to give good gifts to your children, how much more will your Father in heaven give the Holy Spirit to those who ask him!” (Lk 11:11-13)

Be filled with the Spirit!