Crushing the Spirit of Apartheid 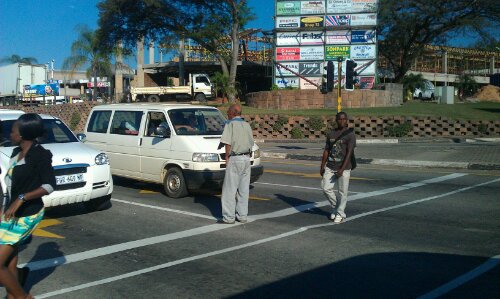 I knew SA would be unequal, but this is ridiculous. White River is a 100% Western town, with supermarkets, KFC:s, cinemas and luxurious houses with large fences. 15 minutes from it you will find Backdoor, an informal township where thousands live in favelas without running water, where there is 80 % unemployment and where so many are suffering from HIV.

The contrast is so painful. It’s obvious to all that the poor aren’t poor because of lack of resources, but because they have been oppressed and neglected for decades. 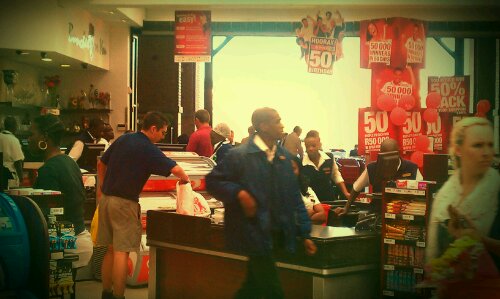 However, it would be wrong to say that apartheid created Backdoor’s poverty. The swati people living there were probably just as poor before they immigrated to Backdoor, or even poorer. What apartheid does is that it ignores people and denies them their rights. And even though there has been some progress during the later years, the spirit of apartheid is still alive here, separating people based on their colour.

But this awful spirit is not only at work in SA. The same spirit is affecting the relation between the West and the rest as a whole. We rightly call it a crime against humanity when the former racist government of South Africa let their people suffer without intervening, but shouldn’t we give the same name to our modern Western government that let millions of people die from poverty without giving sufficient aid to stop it? The crime of apartheid is passive ignorance rather than active hurting, just as the crime of the priest in Luke 10 isn’t that he participated in the robbery of the man, but that he simply refused to help him afterwards.

The spirit of apartheid is an enemy to the Spirit of God. God is unable to ignore simply because He is omnipresent, and thus he feels every bit of pain in Backdoor as well as everywhere else in the world. And He is working hard to crush the apartheid spirit once and for all.

When I’m here I meet so many beautiful people who work for reconciliation, equality and development in the power of the Spirit. Teachers, missionaries, pastors and prophets who are all tirelessly involved in changing their communities. Iris Ministries is doing a wonderful job in connecting their church in Backdoor with their church in Nelspruit, so that afrikaaners meet the swati and build relationships. The spirit of apartheid is going down.

By Micael Grenholm in Justice & Economics on May 27, 2013.
← But seek first His Kingdom and His Righteousness… Village of Hope →