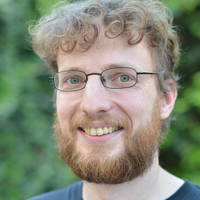 Ahmed is actually not the first Pentecostal Prime Minister of Ethiopia, his predecessor Hailemariam Desalegn was a Oneness Pentecostal. Dr. Haustein has previously researched his faith and rise to power. I ask him how Pentecostals ended up as top politicians in the country.

“Unlike some other Pentecostal countries in Africa, there is no political theology in Ethiopian Pentecostalism”, Dr. Haustein replies. “The story of the movement begins very politically: the Pentecostal youth movement was the first to test, under Haile Selassie, legislation that was brought in allow the registration of associations, including religious associations. This was not granted, they were basically told that they were an illegal movement. Pentecostals went underground, receiving occasional missionary support but retaining their missionary independence.

“The revolution came around in 1974 and Pentecostals were given some degree of freedom. That’s when they built their first church. In 1978 pretty much all of them had to go underground once again. As before, they found that they were growing underground. In later times of freedom, the apolitical, underground church was often seen as the pure church, and so many Pentecostals shied away from politics. In fact, there were some churches that would not allow politicians to become elders.”

Over time, Pentecostal churches have become slightly more agnostic towards political engagement, rather than opposed to it. It is usually not encouraged, but neither is it forbidden. Most Pentecostals seek a spiritual renewal of the country first, expecting political renewal to follow from that.

“Hailemariam Desalegn came up through the party lines and didn’t fit the Pentecostal mold of a renewed leader, because despite acknowledging his faith he was nodding to the secularism of his party”, Dr. Haustein says. “Abiy Ahmed, on the other hand fits the mold of the spiritually renewed leader as he employs religious rhetoric in his politics. That’s why he’s embraced by Pentecostals, he very much fits their perceptions. But nonetheless, both politicians have come up on their own in politics, there wasn’t a push from the churches behind their ascent.”

Protestantism in Ethiopia has grown from encompassing 5 percent of the population in the 1970s to 20-27 percent today, and most forms are Pentecostal or Charismatic.

“The movement runs through all churches”, Dr. Haustein says. “So if you’re a Lutheran in Ethiopia, you have to answer to the demands of Pentecostalism. You will be confronted with the question of whether you’re baptized in the Holy Spirit.”

I asked Jörg Haustein if he believes that Ahmed’s peace prize will promote peacemaking values among Pentecostals in eastern Africa. He wasn’t sure, but the potentiality surely is there. As with many other Nobel peace prizes, there’s a risk connected to awarding it this early in someone’s career.

Let us pray and hope that Ahmed will continue to be an inspiration for Spirit-filled Africans to build peaceful and just societies.

By Micael Grenholm in Peace & Politics on December 17, 2019.
← Scientifically Documented Miracles Why Bringing Guns to Church is a Horrible Idea →