William Lane Craig on the Resurrection of Jesus 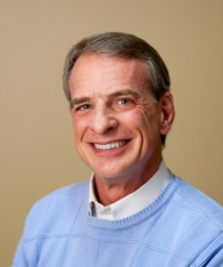 I have mentioned previously that I really enjoy the apologetic work of William Lane Craig, and regularly listens to his podcasts and lectures. I find Craig very intelligent, theologically sound and mostly quite easy to understand, and he oftens pinpoints thoughts and arguments that I have developed on my own. The other day I was listening to a talk he was holding in Southampton in the UK a couple of years ago on the resurrection of Jesus:

In the talk, which he has held multiple times in different locations, he defends five historical facts about Jesus and early Christianity which he argues that there are sustainable evidences for. These are:

Craig then argues that the resurrection hypothesis, that God really raised Jesus from the dead, suits the evidence of these five historical facts very well. And this speaks strongly in favour of the truth of Jesus’ claims, since he made some pretty radical statements about him being the Son of God and the Messiah which God wouldn’t want to confirm through a resurrection miracle unless it was true.

Of course, the resurrection hypothesis presupposes the existance of miracles, which in turn is dependent on the existence of God. So debates with atheists on the resurrection would naturally start there. But for people who already believe in God and miracles, Craig’s arguments are very interesting. For Muslims, who deny the resurrection of Jesus and sometimes even his death, they are in fact a challenge. Here you can enjoy a debate between Craig and Muslim scholar Shabir Ally:

Check out this article by Craig on this matter for more substance on his thesis.

By Micael Grenholm in Signs & Wonders on October 11, 2015.
← How Do American Christians Deal with Martyrdom? Resources on Evangelism and Apologetics →