Home » Church & Theology » Why is there Something Rather than Nothing?

Why is there Something Rather than Nothing? 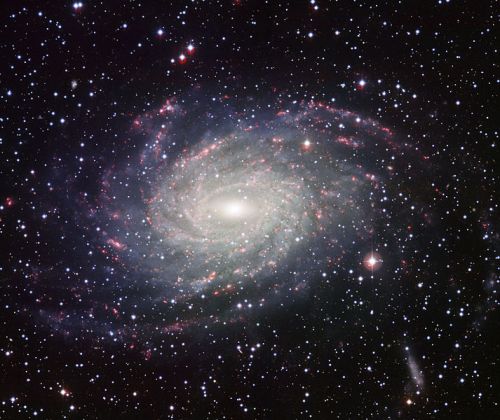 Why does existence exist? If life came from water and water came from chemistry and chemistry came from stars and stars came from the big bang, why do all these things exist in the first place and why do they work the way they do? Why does not the universe just consists of black cubes bumping around without the complexity of electrons and light? And why is there not just pure nothingness?

I was listening to a TED talk the other day on this topic by philosopher Jim Holt. In a detailed manner he described the puzzle of existence and explained why it cannot simply be “pushed back” one level by saying “big bang did it” or “the multiverse did it”, because the question is more fundamental than so: it is not just about why this or that happened but why anything happens, why there are whys.

As an atheist, he quickly also excludes God from the equation, saying that we then must explain what created God and that the universe is way to non-perfect and mediocre to have been created by an all-powerful, intelligent being.

What solution does Holt then himself have to the puzzle? I waited curiously to the end to hear it, but it was a bit of an anticlimax. Holt says that we can theoretically imagine three types of realities:

Then, Holt says that we should not be very surprised that our mediocre reality exist because it is much more possible than both nothingness or fullness, when we think about all theoretical realities. Thus, the puzzle is solved.

The reality we witness does not (yet) contain fullness in the utopian sense, but when thinking about the amazing fine tuning of the universe and the insane improbability that our physical laws would allow atoms, stars and life to exist, our present reality does not become as “likely” as Holt seems to say. Furthermore, mediocreness is indeed less likely than both nothingness and fullness, and thus harder to explain. A reality of Fullness is, just like nothingness, more theoretically satisfying than random energy strings being there because of nothing.

From a Christian worldview, God is the eternal Fullness from which the universe has it origins, He is Existence with big E and the universe is a droplet out of His mind. Why our universe is not perfect and in need of redemption and a new Heaven, is what the Bible is all about. God will restore Fullness to the galaxy. He is the cause of the universe as well as its meaning, and all the millions of prophetic saints that have encountered Him deserve to be listened to. He cannot be ruled out of the equation; He made the equation.

By Micael Grenholm in Church & Theology on May 26, 2015.
← It’s Time to Become Pentecostals for Real! Why Testimonies Are Important →