Home » Justice & Economics » No Christian Should Be Rich, According to Jesus’ Brother

No Christian Should Be Rich, According to Jesus’ Brother 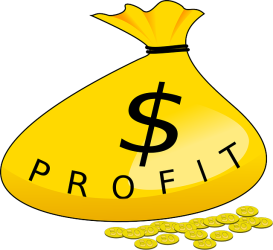 One of the clearest Scriptural condemnations of personal wealth is found in the letter of James, the brother of Jesus:

Now listen, you rich people, weep and wail because of the misery that is coming on you. Your wealth has rotted, and moths have eaten your clothes. Your gold and silver are corroded. Their corrosion will testify against you and eat your flesh like fire. You have hoarded wealth in the last days. Look! The wages you failed to pay the workers who mowed your fields are crying out against you. The cries of the harvesters have reached the ears of the Lord Almighty. You have lived on earth in luxury and self-indulgence. You have fattened yourselves in the day of slaughter. You have condemned and murdered the innocent one, who was not opposing you. (James 5:1-6)

When I read this the first time, I had already started to re-evaluate my rich lifestyle based on Jesus’ command about selling everything one has and the community of goods practised by the apostles. So I wasn’t shocked when I found James’ text, rather, I thought “This is spot on, exactly what I have been thinking!” I still think that this text is extremely powerful and true when it comes to highlighting the immorality of being rich, how rich people build their wealth on exploitation of cheap labour and how they ultimately kill innocent, poor people.

But not all Christians are as excited about selling everything they have as I am. Since few will go as far as Martin Luther who claimed that the letter by Jesus’ brother isn’t as holy as other Biblical epistles, most rich Christians that I’ve heard commenting this text are arguing that James is talking about a certain type of rich people, which (fortunately) do not apply to them. This is totally incorrect, and here’s why.

1. James’ letter is written to all Christians

Unlike many other Biblical letters, James’ isn’t writing to a specific church in a specific place like Rome or Galatia. No, he adresses it to “the twelve tribes scattered among the nations”, which is Jewish language for all of God’s people. Some may argue that it’s only adressed to Jewish Christians, but still since most churches had Jewish Christians that doesn’t get away from the fact that James is defenitely not adressing a situation occuring in just one place – where rich people were “extra” evil. No, his condemnation of the rich – which isn’t limited to this chapter alone – is a universal one.

2. All rich people oppress the poor

This may be a hard stone to swallow for many. We often view the rich person as evolving in a vacuum, gaining wealth through hard work that s/he has full moral authority to spend as s/he chooses, because s/he earned it. Well, that’s not entirely true. In today’s global economy those who are rich either have employers directly or indirectly who do the sh*tty stuff, that they benefit from. And they don’t get their fair share.

If wealth truly was the result of hard work, most women in Africa would be millionaires. Instead, white, Western men are overrepresented among the world’s rich due to colonialism, neo-colonialism, discrimination etc. We do fail to pay the wages for our workers, a lot. Heck most people I know here in Sweden don’t even buy Fairtrade products consistently!

We talked about this sad fact in my first Why wealth is wrong article. As rich people fatten theirselves an live in luxury (Jam 5:5), they kill people (Jam 5:6). Instead of consuming or possessing fancy cars, houses, jewelry and entertainment, they should give as much as they can to humanitarian organizations saving lives in disaster zones. As they choose not to, the deaths of the poor are partly due to their passivity. As John puts it: “If anyone has material possessions and sees a brother or sister in need but has no pity on them, how can the love of God be in that person?” (1 John 3:17)

Thus, James’ sharp warnings to the rich are not addressed to some particular people in one ancient city, or some particular type of rich people that do not apply to most. His words do in fact apply to every rich person, unless those who chooses not to be rich anymore and sell everything they have. Are you one of them?

By Micael Grenholm in Justice & Economics on May 13, 2015.
← Why Catholic, Orthodox and Protestant Aren’t Good Christian Categories Why the Parable of the Talents is Not About Money →