Home » Salvation & Eternal Life » He Died for You

He Died for You 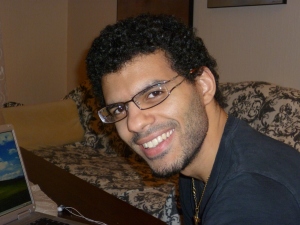 The guy to the right is my friend Botros. He had been living a tough life, involved in much sh*t, but somehow he finally became drawn to the Church. One Sunday he was in the Pentecostal Church of Uppsala, but he hadn’t yet decided to follow Jesus.

Suddenly he saw a vision. The people on the platform at the front faded away and there was instead the cross of Jesus. Botros could see the Savior himself, nailed and tortured, and needless to say he was quite surprised. “I saw it as clearly as I see you now,” he told me.

While he stared at the cross, Jesus lifted his head, looked straight into the eyes of Botros and then a voice said: “For you, Botros’. Then the vision disappeared.

That’s how Botros became a Christian.

When Jesus died on the cross, it was for our sake. He took our sin, our punishment and our darkness upon Himself and destroyed it. He killed death by dying, so that we may receive the eternal life we ​​do not deserve by the death He did not deserve. The Bible says:

Jesus is sinless, and since the wages of sin is death (Romans 6:23), Jesus never deserved to die. Yet He did die, on Good Friday around 30 AD, and He died for our sake so that we will have eternal life. The reconciliation between God and man means that Jesus died in our place for our sin:

God was reconciling the world to himself in Christ, not counting people’s sins against them. And he has committed to us the message of reconciliation… God made him who had no sin to be sin for us, so that in him we might become the righteousness of God.” – 2 Corinthians 5:19-21

The cross is thus not only a historical event way back in time, but have the utmost relevance for us today. It was this that Botros experienced when Jesus looked into his eyes and said that He died for him. The same applies to you. “He himself bore our sins in his body on the cross, so that we might die to sins and live for righteousness; by his wounds you have been healed.” (1 Peter 2:24). 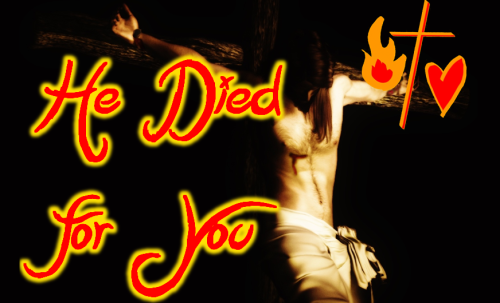 By Micael Grenholm in Salvation & Eternal Life, Signs & Wonders on April 3, 2015.
← Why Wealth is Wrong: The Mathematical Argument Reclaiming Easter – Towards a Gospel-Centered Understanding of the Cross →