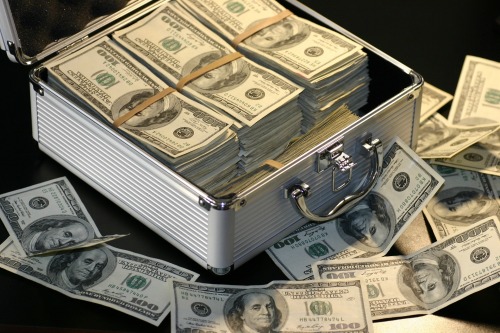 Greed, or avarice, is acoording to the New Advent Catholic Encyclopedia “the inordinate love for riches. Its special malice, broadly speaking, lies in that it makes the getting and keeping of money, possessions, and the like, a purpose in itself to live for… In so far asavarice is an incentive to injustice in acquiring and retaining of wealth, it is frequently a grievous sin.” Greed is of course the natural consequence of the economic envy that I see in Europe today. And its consequences are enormous, brutal and extremely sinful.

We’ve all heard about colonialism; how Europe took control of territories all around the world and exploited the indigenous people, took their resources and ruled their societies. And many think this is something that lies in the past. But let me introduce you to the neo-colonialism that Europe (together with other rich countries like the US, Australia and China) are practicing again to gain wealth and influence in a very greedy fashion. There are many types of neo-colonialism, involving politics, culture and even religion, but since we’re discussing greed here we will focus on economics.

1. The use of cheap, exploited labour in the globalized economy. It is no secret that the big, multinational companies of the West use cheap labour in the majority world – our coffee is made in Ghana, our toys in China, our clothes in Bangladesh, etc. There are countless examples of how workers in the supply chains for these companies are suffering due to horrible working conditions; mimimal wage, forced labour, long working days, health risks and environmental destruction. There are even examples of child labour, slavery, and child slavery. Surprisingly, it’s totally legal to sell goods in Europe that has been produced during horrible working conditions, slavery and by child labour, even if those practices are illegal within Europe. Furthermore, even if the working conditions would be decent the whole system of hiring cheap labour while enjoying big profits in the West only promotes global inequality and injustice.

2. Capital flight and tax injustice. When European multinational corporations invest in the majority world they rarely pay taxes. Instead, they put their money in tax havens through complex transactions. Poor countries then lose more money than they get in international aid. In other words, more people are flowing from poor countries to rich than vice versa. The European Union has addressed the issue of capital flight and tax havens several times, but then their goal is to stop the robbery within Europe, not between the majority world and Europe. Read more about this problems at www.tackletaxhavens.com.

3. Land grabbing. One of the most obvious forms of neo-colonialism is when European companies (as well as American, Chinese, Indian etc.) buy cheap land in poor countries and reap a huge profit that the local population won’t enjoy at all. Oxfam writes:
“It’s not necessarily a problem when wealthy companies invest in agricultural land in poor countries for commercial use. But when families are kicked off the land or less food is grown as a result, that’s a very big problem indeed. […] in many cases, land sold as “unused” or “undeveloped” is actually being used by poor families to grow food. These families are often forcibly kicked off the land. Promises of compensation are broken. Often people are violently evicted by hired thugs.” The European Union has done next to nothing to stop colonial land grabbing, and the problem is getting worse.

Most European corporations are simply driven by greed, and so are most European politicians – that’s why they let this stuff happen. But there are also good guys that work for a fair trade active in both commerce and politics. Let’s pray that they will gain influence as the church works within civil society to create a better, less greedy world. “Watch out! Be on your guard against all kinds of greed; life does not consist in an abundance of possessions.” (Luke 12:14)