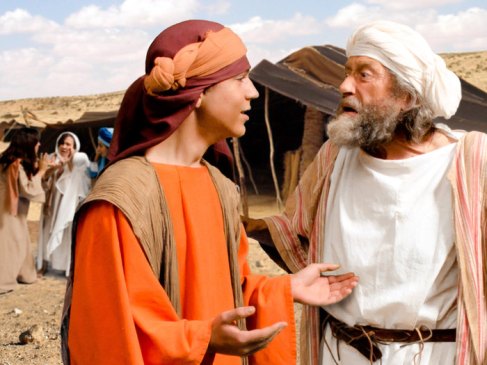 This is the story of Joseph.

Joseph was the son of Jacob who was the son of Issac, who was the son of Abraham who God had made a covenant with that his descendants would be as numerous as the stars.(Genesis 15:4) Joseph was son number 11, Jacob had 12 sons(Genesis 35:23-26). Joseph’s brothers hated him because Jacob favoured Joseph and gave him a coat of many colours. (Genesis 37:3-4).

One night God sent Joseph a dream and in this dream, he and his brothers were binding sheaves of grain, when all of a sudden, his sheave arose and stood upright, while his brothers sheaves gathered around his and bowed down to it. The dream showed him he would one day rule over his brothers. So when he woke from that dream, he immediately shared it with excitement with his brothers, who not surprisingly did not share his enthusiasm and they hated him even more. Then he had another dream in which the sun, the moon and 11 stars bowed before him, representing his father and mother and 11 brothers. When he shared this dream, even his father was offended. (Genesis 37:5-10).

Hours later, they saw a caravan of Ishmalites coming down the road, heading towards Egypt to do trading. Then Judah the fourth born had an idea to sell him as a slave to the Ishmalites so he could make some money and justified himself by reasoning, after all, they really shouldn’t kill their own brother. So they sold Joseph as a slave to the caravan of Ishmalites for 20 pieces of silver and Joseph was taken to Egypt and sold on to a man named, Potifer, one of Pharaoh’s officers. Joseph was a slave to this Egyptian man, Potifer for the next 10 years (Genesis 37:25-36).

Imagine what this would have been like for Joseph because in those days, it was everything for a man to have a son, to carry on his name and his inheritance.  Its one thing to be born a slave and never know what it was to be the son of a wealthy man, but it’s another thing when you’re an heir to a wealthy man who has a covenant with Almighty God and your own brothers steal that away from you and you’re sold as a slave to another country. Your inheritance is lost. For those 10 years, Joseph would not have known there was any hope for freedom because he probably knew his brothers would lie to his father about him being dead, which they had. They’d even dipped his coat of many colours in goat’s blood to add validity to their story that he’d been killed by a wild animal. His only hope was the dreams God had sent him. (Bevere, page 24-25, 1994).

Joseph was faithful in his service and Potifer gave him more and more responsibility, eventually putting him in charge of his whole household, but all was not well. Potifer’s wife began to lust after Joseph and approached him daily trying to seduce him but Joseph repeatedly told her “No, I will not sin against God”. One day when they were alone in the house, Potifers wife grabbed him by his robe and said “Lie with me!” so he ran out of the room and his robe tore leaving him naked. Then she became angry so she screamed and pretended he’d tried to rape her. Potifer was furious and committed him into Pharoah’s prison (Genesis39:1-20).

When we think of Pharoah’s prison, we shouldn’t think of our prisons today with gyms, table tennis and three meals a day.  The prisons of that time were usually emptied out cisterns underneath the ground, sometimes the ceilings were only 5 feet tall, they were very damp and very dark. Speaking about Joseph’s experience in Pharoah’s prison, Psalm 105:18 says “They bruised his feet with shackles and his neck was put in irons”. This was his lowest point. 12 years before, God had showed him a dream that he would be a leader and his brothers would bow down to him. His brothers were the ones who were guilty and they were still enjoying the benefits of their father’s wealth, while he’d done nothing but obey God but he was the one rotting in prison. Now this is the point where most people would get bitter towards God and say “the more I obey God the worse things get!”(Bevere page 25-26 1994).

But because Joseph remained faithful, God blessed him even in the prison and he gained the favour of the prison warden and was eventually put in charge of running the prison. (Genesis 39 21-23) It was then that Joseph faced his toughest test.

Two prisoners there had both been servants of Pharaoh but had offended him and the same night they both had vivid dreams which confounded them. Joseph said to them “Do not interpretations belong to God? Tell me your dreams.” Joseph trusted God to interpret their dreams, when he hadn’t seen any fulfilment of his own dreams. This would have taken extraordinary faith! If he’d been offended against God he would have missed his ticket to freedom. He interpreted both their dreams with amazing accuracy. One man was going to be restored while the other would be executed. Joseph asked the one who was about to be reinstated to remember him and put in a good word for him with Pharaoh. But when the man returned to service, he forgot about Joseph. Genesis (40:1-23)

Two years later, Pharaoh had 2 disturbing dreams. None of his sorcerers or wise men could interpret them for him. It was then that the servant remembered Joseph. He told Pharaoh about the dreams Joseph interpreted in prison and Joseph was brought before Pharaoh and he gave him the meaning of the dreams- a famine was coming – and he wisely instructed him to prepare for the crisis. So because of Joseph’s wise council, Pharaoh promoted him to second in charge of the whole of Egypt. He got married, had children and was prosperous in all things. (Genesis 41:1-50).

Later, when the famine came, Joseph’s brothers came to Egypt for aid. If Joseph, still had bitterness against his brothers he could have had them thrown in prison to suffer what he suffered and would have been within his rights to do so. But instead he blessed them. Joseph supplied them with grain for no charge and the best land in Egypt was given to them. (Genesis 42-45) In this way, the life of Joseph gives us an example of the teachings of Christ in that he blessed those who cursed him and did good to those who hated him. (Mathew 5:38-44).

Although, after their father, Jacob passed away, his brothers still feared Joseph still had a grudge against them and would take the opportunity to kill them but he reassured them by saying “Don’t be afraid, am I in the place of God? You intended to harm me but God intended it for good to accomplish what is now being done, the saving of many lives.” Genesis (50:22).

Joseph’s life is a lesson to us all that no matter how difficult a trial we are going through, we should always trust God. An event that seems like the derailment of God’s plan could be the fulfilment of His purpose for our lives if we remain obedient. (Bevere page 31, 1994)