Home » Justice & Economics » The Difference Between Communism and Christian Community

The Difference Between Communism and Christian Community

Christian Communism – not a good idea

When discussing Christian community of goods, the term communism will inevitably pop up sooner or later. The Jesus Army, which has been practicing community for over 40 years, has many times been called communists by outsiders. They themselves don’t use the term, however, which is not so strange. Firstly, “communism” is to a large extent a pejorative in the western world, that is, a derogatory insult. Secondly, there are lots of different definitions and conceptions of what communism is about. Here are a few examples:

What all Christians practiced in the apostolic Jerusalem church was basically definition 2: “the ranks of those who believed were of one heart and one soul, and no one called any of his possessions was his own, but they had everything in common … None of them suffered any distress. All who had land or houses sold their possessions and brought what they had received for the sold property and put the payment at the apostles’ feet. And they gave to everyone according to what he needed. “(Acts 4:32, 34-35).

In fact, the guy who coined the term communism, Étienne Cabet, was a Christian and was inspired by the New Testament community of goods, which he wrote about in his book Le vrai christianisme suivant Jésus Christ, The True Christianity of Jesus Christ. Cabet dreamt of a socialist society in France, but when he realized that this would not come to pass in his lifetime, he went to the United States and started some Icarian communities with total community of goods.

Other socialist thinkers such as Marx and Engels were inspired by Cabet, but ignored the Christian influence (Marx didn’t like religion very much). They adopted the term communism and wrote the Communist Manifesto and other works in which they exhorted the proletariat join the socialist revolution, take over the means of production, and after a little bit of dictatorship distribute all resources equitably, so that classes are abolished, the means of production are owned in common in small local communist communities, and the state becomes unnecessary and abolished.

There are some Christians who call themselves communists while they reject the atrocities done by Stalin, Mao and other dictators, simply because they like the Biblical vision of community of goods just like Cabet. And then there are Christian communists who want to take things a bit further. A Mexican scholar called José P Miranda has written a book called Communism in the Bible, which I actually found in a library last year and read out of sheer interest.

While the book has some good good points, like that there is much criticism of the rich and wealthy even in the Old Testament (for example, kings are forbidden to have an abundance of silver and gold in Deut 17:17), and that Jesus’ radicality did not just have a spiritual but also a practical implication. But Miranda doesn’t listen to his critics particularly well, some exegetical analyzes feel very biased (he refuses, for example, to use established Bible translations and translates everything himself), and when he towardst the end of the book argues that Jesus would have used violence to prevent “genocide” of the proletariat by organizing an armed revolution, then he loses me completely. 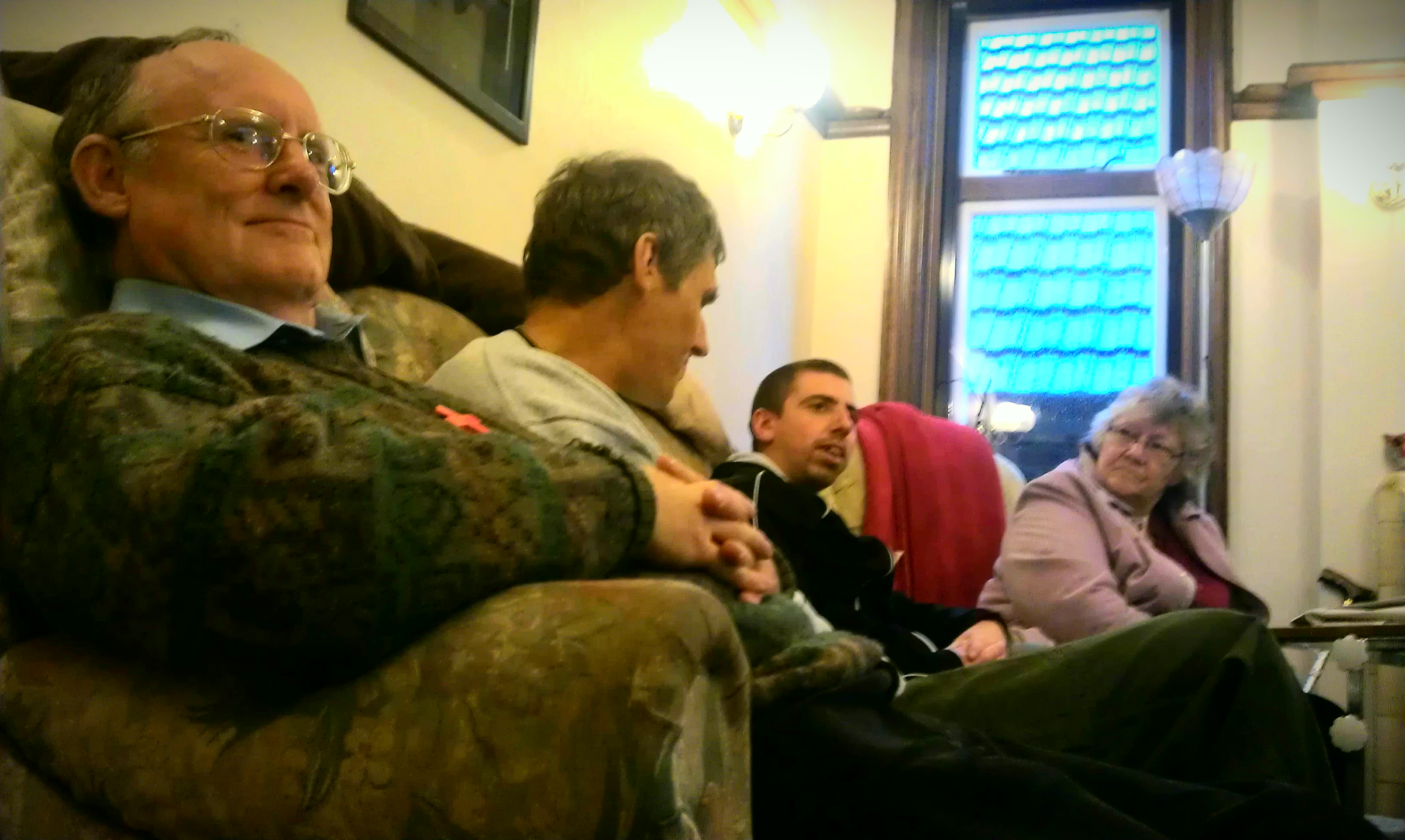 Now, that’s not what you will find at Jesus Army’s communities. “Sometimes people have called us communists,” Huw Lewis said to me, one of Jesus Army’s leaders. “But I think the problem with communism is that we cannot impose the Kingdom of God on society. We, just as the biblical church, started to practise community of goods as a consequence of the outpouring of the Holy Spirit. Now there were several secular communities that started at the same time as us in the 70’s, but from what I know, it is only we who have survived. “

Most Christians in intentional communities think this way, I reckon. Economic equality is good, but to impose it on non-Christians or to use the state as a tool for it will most likely be counter-productive. Yet, some economic sharing is possible even in a secular society, as the extensive welfare state of the Scandinavian countries show. And there is actually one thing Miranda writes that stick with me: capitalism is not a neutral system. It too is “forced” upon people, to make it acceptable for the rich to oppress the poor – especially in this era of globalization. The current economic system has created extreme inequality (the richest 85 people own as much as three billion poorest people), terrible environmental pollution and is probably also behind the recurrent financial crises. I do not think that Marx’ revolutionary ideas is a better option, but I know that we need a more equitable, sustainable and social options, and the Church can play an important role there. For example, I have argued that churches – without involving states – should already start practising international community of goods and establish equality between North and South through an international church budget standard.

See, the difference between Jesus Army and most other Christians is that while we all agree that state communism à Soviet is not the solution, this does not prevent the Jesus Army from practicing community of goods and common ownership of the means of production. As I have mentioned before, the JA community owns several companies, Kingdom businesses, where all employees from the CEO to the person who cleans the floor receive the same salary, and all profit is given to the church’s charity. Several of these enterprises have a green profile and sell organic food and renewable electricity. Brother Chris said: “We’re more communist than the communists.” No matter what we call it, I believe that Jesus calls us to the community of property and economic equality: “Sell everything you have and give to the poor, and you will have treasure in heaven. Then come, follow me.”(Luke 18:22)

By Micael Grenholm in Justice & Economics on October 19, 2015.
← To what extent can a Christian be demonized? Part 1 Heading to Jesus Army for a Training Year! →