Home » Justice & Economics » Christian Community is for Everyone!

Christian Community is for Everyone! 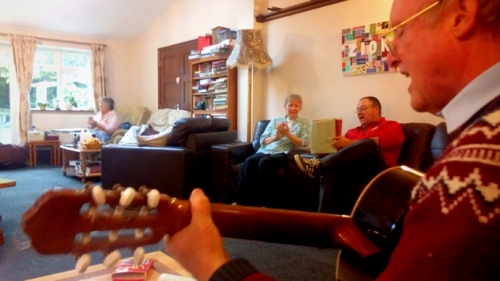 How good and pleasant it is when God’s people live together in unity! (Ps 133:1) We’ve now visited around seven different community houses here at the Jesus Army, and it’s so beautiful to see the mixture of different people. Everybody believe in Jesus of course, but apart from that there is great diversity when it comes to age, ethnicity, social background, employment and civil status. Everyone are welcome to join the community, as long as they are committed and serious about it.

This is obviously very Biblical as the apostolic community in Jerusalem that we read about in the book if Acts literally included all the believers: “All the believers were together and had everything in common. They sold property and possessions to give to anyone who had need.” (Acts 2:44-45)

In the Jesus Army’s New Creation Christian Communities, you meet all sorts of people. Yesterday and today we’ve spoken to former drug addicts who have been saved and joined the common purse, as well as academics, nurses and teachers. We’ve spoken to 90-year-olds and people in their 20’s, as well as to parents with kids under the age of five. Everyone are welcome to sell everything and join the community of goods, even those who hardly have anything and mostly bring their debts to the common purse! And there is a strong, tangible brotherhood in the church that is quite unique in our individualist society.

The Christian communities I know of back home in Sweden are very rarely like this. We have the monasteries, which are exclusive for celibates and that have very, very few young people. Then we have the neo-monastic, intentional communities where families often are welcome, but these rarely have full community of goods, and mainly attracts people who have their stuff together – middle class evangelicals basically – rather than poor people on the margins, and they often have few elderly people. 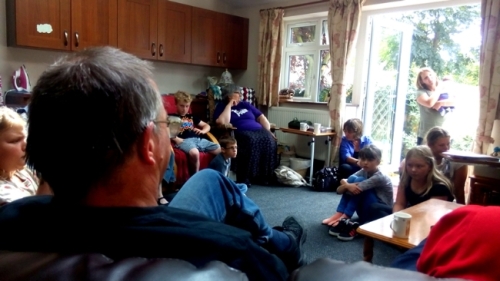 The Jesus Army’s community model, on the other hand, is very similar to the Biblical form of community of goods in the sense that is open for both married couples and celibates, as well as being focused on poverty reduction and helping the marginalised. In Jerusalem’s apostolic church, there were no needy person among the saints (Acts 4:34), and this is what JA is embodying as well – the homeless gets a home and the unemployed gets a job through their Kingdom businesses. God bless them!

When I talk about community of goods, many often say: “It’s not for everyone!” But it really is. All believers can enjoy this beautiful way of living, which many that we’ve talked to this days argue is the best way of living possible, no matter who you are or what experiences you have.

To be fair, it’s not exactly poor people without an income who passionately argue that community of goods isn’t for everyone, because they just benefit from it. It’s the rich and affluent who are resistant to it. But to you I want to say: community is awesome! Let go of your need for control and share your money with the poor. Jesus has already called you as He told all His disciples: “Sell your possessions and give to the poor.” (Lk 12:33) and “In the same way, those of you who do not give up everything you have cannot be my disciples.” (Lk 14:33)

By Micael Grenholm in Justice & Economics on August 17, 2015.
← Seven Reasons I Love the Jesus Army Finding Lazarus in the Calais Jungle →