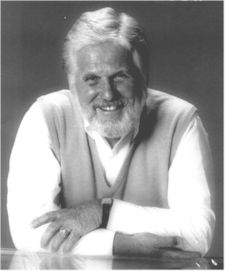 There are many who have compared John Wimber and Bill Johnson. And they surely are similar: both are white, middle-aged male pastors from California with confusingly similar names. The main parallel people usually draw is that John Wimber in his time (the 80’s and 90’s) was arguably the most influential person in the Western charismatic movement, and the same can be rightly said about Bill Johnson today.

John Wimber, who went home to God in 1997, opened the door to the charismatic Renewal in America’s evangelical community through its healthy and relaxed attitude to the Holy Spirit, in contrast to the hysteria and manipulation that charismatics usually are associated with. His Vineyard movement boomed through church planting, and today it includes over a thousand churches in the world.

Bill Johnson is also a laid-back charismatic preacher, his Bethel Church in Redding is a place of pilgrimage for thousands of charismatics, and he gets invited to speak at a variety of conferences around the world. Although Bethel is not a denomination that starts churches, many churches have been impacted and inspired by Johnson.

Johnson has said repeatedly that he is very inspired by Wimber. Both base their charismatic theology on God’s Kingdom. Both have seen many miracles. Both are true prophets.

However. While Wimber is one of my greatest spiritual role models that undoubtedly has shaped my own view of the Spiritual gifts the most, I am not a very big fan of Johnson. Again, I do not deny that Johnson is a man of God who has many good things to say, but I would like to point out a few things where he is very different from Wimber that I think one should be aware of.

1. How they view healing. John Wimber designed his charismatic Kingdom theology in contrast to the Word of Faith theology which, at that time,argued that if you were not healed, it is because you have too little faith. Wimber spoke instead about how the Kingdom of God is already but not yet; we do see it break through, but not fully, and therefore, everyone aren’t healed even though we should always pray for this.

Bill Johnson is a fifth generation Pentecostal pastor who’s inspired both from Vineyard and from the Word of Faith movement. He speaks admittedly just as Wimber that it is not only a lack of faith that make healings absent, but on the other hand he seems to disagree with the “already but not yet” idea. He wants the whole Kingdom to come with full force here and now. When I listened to him at a healing conference in Malmö, Sweden, in 2011, he said that Christians ought to be healthy for life and not even die from the disease, just pass out.

2. How they view prosperity. John Wimber never preached propserity theology but was very critical of this. He said: “It’s tragic to see faith healers get caught up in the opulent life-styles, rationalizing their material wealth as a sign of ‘God’s blessing’. Greed and materialism are perhaps the most common cause of the undoing of many men & women with a healing ministry.” He was well aware that we must suffer much for the Kingdom of God, something he reflected a great deal over when he struggled with cancer end of his life.

Bill Johnson, however, preaches a certain kind of prosperity theology. Certainly not as clear and extreme as for example Benny Hinn does. But in Malmö, he held a seminar called Prosperity of the Soul which he talked about that we should all ask God to become rich (he even said that he was worried for us if we didn’t want to become rich, which I felt contrasted with 1 Tim 6:9 quite a lot). He has supported the idea that rich should just get richer on his Facebook page, and he has had a disturbing image of a Gulfstream G650 private jet as a background picture (the same sort of jet that Creflo Dollar wanted 85 million dollars to buy).

3. How they view peace and justice. John Wimber was a pacifist. Although this was not something he preached or did the dogma of the Vineyard, which I think is a shame, so did his background in the evangelical Quaker that he took this stance. He also stressed, especially at the end of his life, our responsibility towards the poor. I have collected a number Wimber quotes of wealth, poverty and justice here.

Bill Johnson is not as passionate for peace and justice. After 2012’s presidential election he surprised many, including me, with his clear support to Mitt Romney on his Facebook page. It was a hot debate in the comment field which eventually led him to delete the post. However, he went on writing facebook post about that one ought not to tax the rich to prevent US growth.

What do I have to say with all this? Well, that although they are similar, it is better to be inspired by Wimber than Johnson. Not that Johnson is bad or that you should beware of him, but think of these things as you read and listen to his teachings. As Wimber himself said, “eat the meat and spit out the bones”.

By Micael Grenholm in Charismactivism on March 30, 2015.
← Video: 7 Reasons Street Evangelism Rocks Why Wealth is Wrong: The Mathematical Argument →