Home » Peace & Politics » Should a Christian Work for the State?

Should a Christian Work for the State? 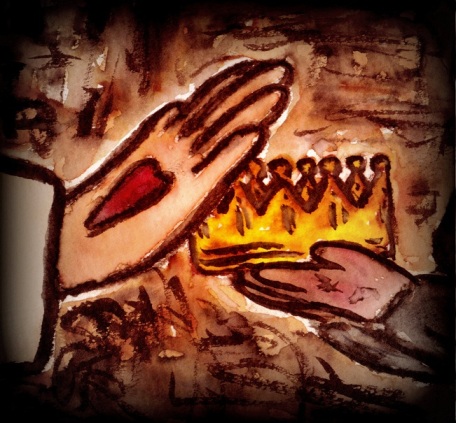 What jobs can Christians have? Many would probably answer “all, because Christians should spread the light everywhere” but that would be an overstatement. Should Christians for example be prostitutes? Even if Jesus never said “Don’t be a prostitute”, we understand from the Biblical ethics that prostitution is not a very suitable Christian workmanship. In the early church, the Apostolic Tradition from 215 AD lists prostitution as a non-Christian job, along with some other very interesting occupations:

According to the early church, Christians shouldn’t be gladiators, soldiers or governor. Ron Sider has written more about this in his book The Early Church on Killing. Even “rulers of a city” is ruled out. They kill and hurt people as well, indirectly. The political power is power through violence. The early Anabaptists and the early Pentecostals rejected political power for the same reason as the early Christians: they wanted to change society through love and the Holy Spirit, not by force or swords.

Today I’ve attended a migration court where a friend of mine who has fled from Afghanistan had his asylum case tested. The lawyer who represented the Swedish migration department desperately wanted to deport him. She argued that Afghanistan is a safe place now and that there will be no problem for him to live in Kabul. We all knew that was a lie. The Swedish Foreign Department forbids all Swedes to go to Afghanistan bevause of the risks of conflict, kidnapping and terror, and admits that it’s getting worse.

Now why does this person stand there to tell lies in order to deport a young man against his will to a country she would never visit herself? What motivates her? A paycheck? The idea that if she doesn’t do it, someone else will? Both of these arguments were used by concentration camps officers as well. “I just did my job” is not a good excuse, it’s a terrible excuse. Get unemployed instead of destroying people’s lives.

When you work for the state, you will be forced to do horrible things if the state wishes to do so. The leadership changes frequently in a democracy, and you will most likely do things against your will. Why would you even like to do that? Work for the church, we need lots of people to spread the Gospel, heal the sick, help the poor and crush the racist migration system. Come out from Babylon and enjoy the freedom of the Heavenly Jerusalem!

By Micael Grenholm in Peace & Politics on January 23, 2014.
← The Average Christian: A Black Pentecostal “An Angel Called me to Sweden” →