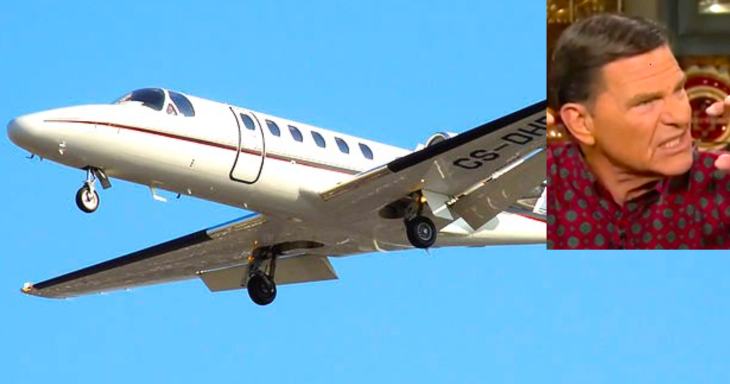 A Cessna 550b, one of Copeland’s jets according to the Christian Post.

So it’s no secret that several American prosperity preachers are ridiculously rich. When I’m out speaking about the importance of combining signs and wonders with simplicity and community of goods, my favourite bad example is charismatic Word of Faith leader Kenneth Copeland, who owns a mansion worth six million dollars, two private jets and his own airport, the Kenneth Copeland Airport, where he keeps his jets close to his million-dollar mansion. Most of his money is from ordinary people, who donate thinking that they’re doing something good for God’s Kingdom and that God will bless them with riches as well.

In a recent video, Copeland and Jesse Duplantis give some horrible reasons for why they “need” their luxurious jet planes: they need to stand up and pray, avoid people who want them to pray for them and who are filled with demons, sleep on the plane and travel long distances across America basically every single day. Now, you can stand up and pray on a commercial airline, or sit doing it; ministering to people is obviously a good thing and if you tired just tell them; and rather than spending millions of dollars on these pieces of luxury, I think it would be healthy for these men to travel less and sleep in normal beds more often.

Not only are private jets incredibly expensive when you buy them, but as J. Lee Grady has pointed out, maintenance costs about four million dollars per year, and a flight costs about 100 times more compared to using a normal plane. Flying is very harmful to the environment, and that harm increases enormously when using a private jet instead of a plane that many people fit into; just like buses are better for God’s creation than cars.

END_OF_DOCUMENT_TOKEN_TO_BE_REPLACED 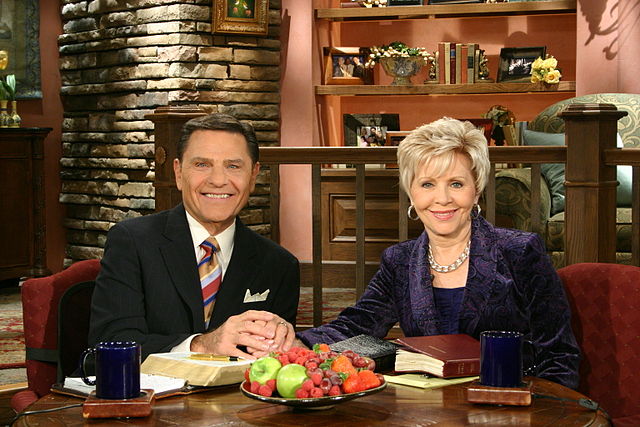 You may have noticed that I haven’t blogged for a week; that’s because I’m spending much time nowadays finishing my first book! It’s about how signs and wonders are combined with peace and justice in the Bible, throughout church history and today. During the last week I’ve focused on the history part, researching and writing about saints like Francis and Agnes of Assisi and radical church movements like the Moravian church and the Jesus Family in China.

I am so encouraged to see these myriads of people who combine miracles and activism. Did you know that Maria Woodworth-Etter, who is often considered the grandmother of the Pentecostal movement, was baptized in the Spirit in a Quaker church and at one time ministered in a denomination founded by Mennonites? Or that the Salvation Army, famous for its evangelism and social ministry to the poor, experienced tons of signs and wonders in its early days?

I have now arrived to the part where I discuss movements that only have one half of the Biblical Holy Spirit Activism combination. Like patriotic, prosperity-preaching Pentecostalism, or miracle-doubting progressive liberalism. Interestingly, both of these streams originated roughly at the same time, the 20th century. They are not just unbiblical, but historically unique. END_OF_DOCUMENT_TOKEN_TO_BE_REPLACED

The Merging of Neo-Pentecostalism and Roman Catholicism

Many were surprised a couple of weeks ago when pope Francis sent a message to a Word of Faith conference led by Kenneth Copeland, speaking about unity and asking them to bless and pray for him, as he blesses and prays for them. And Copeland got excited and blessed him back. It’s surprising because Francis and Copeland are very distant theologically – besides the usual differences between Catholicism and Pentecostal Protestantism, Francis is a guy who is well-known for economic simplicity and an emphasis on redistribution to the poor, while Copeland is well-known for his capitalist prosperity preaching. He not only owns a mansion worth 6 million dollars and several private jet planes, but also his own freakin’ airport, Kenneth Copeland Airport, where he stores his private jet planes close to his 6 million dollar-mansion!

However, this surprise doesn’t come close to what Christians in Sweden experienced two days ago when it was revealed that Ulf Ekman, the leader of the Word of Faith movement in Scandinavia, converts to Roman Catholicism. Ulf Ekman is probably the most well-known Swedish Christian living today, his international ministry reaches millions and he is well-known among both Christians and non-Christians, mostly because he manages to be constantly controversial.

He brought the “name it claim it”-teaching from Kenneth Hagin and Oral Roberts to northern Europe, emphasizing health, wealth and success, and gathered prayer warriors wanted charismatic revival in Sweden and political domination for Israel in the middle east. And they despised Catholics, arguing that they represented a dead religion that quenched the Spirit and stood for countless heresies.

END_OF_DOCUMENT_TOKEN_TO_BE_REPLACED

What if Jesus Preached What Modern Preachers are Preaching? 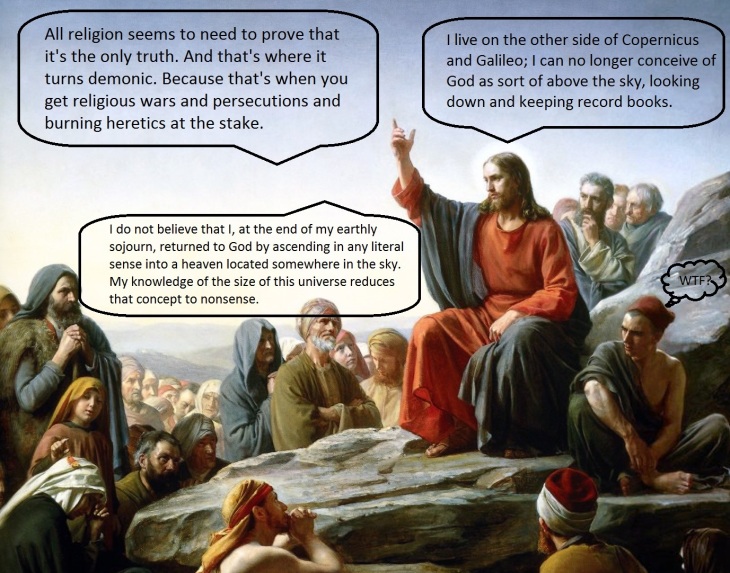