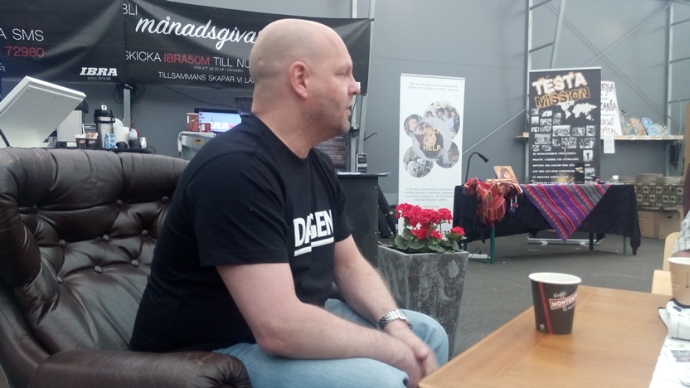 Örjan, an ordinary guy who has experienced tons of miracles

“The whole assembly became silent as they listened to Barnabas and Paul telling about the signs and wonders God had done among the Gentiles through them.” – Acts 15:12

I love this little Bible passage! At the apostolic meeting in Jerusalem, where it was to be decided what rules and customs should be followed by Gentile Christians, those who have assembled take a testimony break to hear about some miracles. This I believe was both because they illustrated a theological point given by Peter – that God is already working among the Gentiles even before they had been circumcised – and because miracles are very cool to hear about. Seriously, not many grow tired of hearing about miracles.

Right now, I’m at a Pentecostal conference in the northern parts of northern Sweden, where the sun never sets and penguins ride around on polar bears. I’m helping  the aid organisation of Swedish Pentecostalism, PMU and collects money for Denis Mukwege’s Panzi Hospital in Bukavu, Congo. It’s my first time at the conference and it’s nice, the vegetarian food is a little meh and the topics being talked about at the meetings and seminars aren’t always that radical, but overall it’s OK.

I guess that for an outsider, at first glance, the conference is like any conference or festival – people drinking coffee and eating ice cream, chatting and laughing, going to concerts and lectures. Of course, the topics are Christian and the songs are to God, but that wouldn’t matter much for a nonbeliever. The real game changers I believe are partly the eternal issues about the afterlife and salvation, and partly signs and wonders telling us about the truth of these eternal issues. And God is working through many in Swedish Pentecostalism hallelujah, so testimonies about amazing miracles can pop up anywhere.

END_OF_DOCUMENT_TOKEN_TO_BE_REPLACED

Miracles in the Middle East 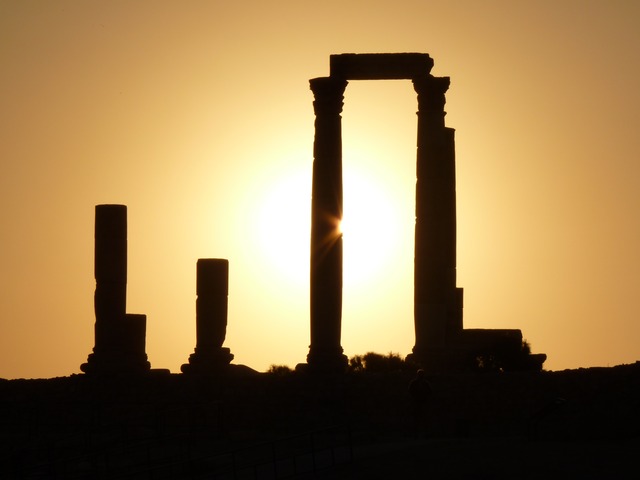 I have a friend called Elijah*, who used to be a Muslim but became a Christian after Jesus showed Himself to him in a prophetic vision. He know works with a missionary organisation and is spreading the Gospel in the Middle East. A couple of months back when he was visiting some churches in a South Asian city, a couple approached him when he was walking through a mall. They tried to convert him to Islam, but in 20 minutes time they became disciples of Jesus.

See, they told him that about six months earlier, they had been watching TV. As they zapped through the channels, they came to a Christian channel where Swedish pastor Stanley Sjöberg was preaching the Gospel. Since they were devout Muslims, they became upset, shut the TV down and went to bed.

The next morning, they told each other that they had had a strange dream. They soon discovered that it was exactly the same dream! Stanley Sjöberg had come to their house, they had let him in and he continued to preach about Jesus. As they protested, Stanley said “My friend Elijah will tell you more about Jesus”, and from nowhere they saw a Middle Eastern guy sitting next to Stanley. Stanley went on saying that they would meet him in a particular South Asian city, on one particular day at 5 PM.

They didn’t know what the dream meant and thought it was a bit freaky that they both dreamt it the same time, but after a bit if reasoning the wife said “Maybe Allah has given us this dream to find Elijah and convert him to Islam. Let’s go to that place – if we don’t find him we will just have a nice holiday.” END_OF_DOCUMENT_TOKEN_TO_BE_REPLACED

The Miracle of the Resurrection of Christ

As you can see, Paul thinks that at the core of the Gospel lies Jesus’ death for our sins, His burial and His resurrection. And among these three, the resurrection receives most attention. He lines up everyone he knows of that has seen the resurrected Jesus, including himself. Then he goes on discussing the resurrection in the rest of the chapter.

Likewise, Paul, Peter and others who preach the Gospel in the book of Acts often emphasize the resurrection even more than they emphasize the cross. This used to confuse me, since the atonement happened on the cross. It was on the cross that Jesus died for our sins and defeated the devil – the cross is at the core of all atonement theories. The resurrection is great of course, Jesus is alive hallelujah, but shouldn’t the death of Jesus be the focus of the apostles rather than His resurrection?
END_OF_DOCUMENT_TOKEN_TO_BE_REPLACED