People often ask me: “Why do so many evangelical Christians support Trump?” . It’s a good question. What is with having a high view of Scripture that leads people to celebrate someone who in so many ways doesn’t sound and act like Jesus?

The difference between these groups is not their view of Scripture: they all see it as the authoritative Word of God. Something else is going on here. Let’s look at some statistics to find out!

END_OF_DOCUMENT_TOKEN_TO_BE_REPLACED

So there are a lot of Americans who have started to support Trump the last couple of months, not because they are so enthusiastic for him as such but because he is the only alternative to Hillary Clinton. Stephen Colbert went to the Republican National Convention and asked people how many of them have supported Trump from the beginning and they were very few – lots of Republicans wanted to see another candidate. Evangelical leader Wayne Grudem has made an effort to portray a vote for Trump as a “morally good” choice, describing the billionaire’s scandalous rhetoric and lies as “flaws” that’ll hopefully go away, but it’s painfully obvious that he would have preferred to have another Republican candidate.

Then there are of course the enthusiastic Trump supporters who sincerely agree with him. They can’t find the racism in falsely claiming that African Americans commit almost all violent crime or in treating Muslims as Nazi Germany treated Jews in the 1930’s, because that’s their actual opinion. They’ll constantly point out the misbehaviour and errant views of Clinton, and for them her lies and changed opinions are way worse than Trump’s lies and changed opinions.

But here’s why even they shouldn’t vote for Trump. Here’s why a person who agrees with every word the Donald utters still shouldn’t try to elect him to the White House. He’s totally unpredictable. You have no idea that what he says corresponds in any way to what he wants to or will do as President. END_OF_DOCUMENT_TOKEN_TO_BE_REPLACED

It’s official: Donald Trump has become the Republican nominee for President of the United States. Even though his campaign started as an unserious PR stunt and even though (or perhaps because of) his blatant racism, sexism and authoritarianism, Trump has become very popular. I have encountered several Trump supporters in my social media feeds. And they’re really hard to talk to. I and Sarah illustrate what a conversation with a Trump supporter feels like in this sketch:

It is as if arguments don’t work very well when it comes to Trump supporters, or any supporter of racism and fascism. I have spent a lot of time trying to combat xenophobia here in Europe, and it is just as hard as Americans now find converting Trump supporters to be. Whatever one says, whatever what evidence one presents, it is as if they’ve already decided that racism and bigotry is what will make a country great. And just a few months ago they didn’t think that way, and it’s so hard to see why Trump’s hateful message could be so attractive.

As a charismatic Christian, however, I know that no one is outside God’s miraculous power and that no one is unable to be transformed into a sanctified disciple of Christ. We shouldn’t give up on the Trump supporters. Continue to feed them arguments, and do so with love and compassion as well as a listening ear to what troubles them. And welcome God’s Spirit into your life so that His voice and power can guide you into leading people to repentance and holiness.

Weapons used in the Libyan civil war of 2011. Many of them were produced in Europe.

It is finally time to end this series. It has been a bit risky to focus so extensively on Europe on a blog with readers from all around the world, but I hope you have seen that these seven deadly sins are relevant to know about for most people. For my readers in the majority world (Africa, Asia and Latin America): I want you to know that I am strongly opposed to the neo-colonialism, environmental destruction and activist sloth of my continent that hurt you countries so badly, which is why I try to highlight this now that there is an election to the European Parliament. And for my readers in non-European rich countries: I hope you realize that these deadly sins are present in you countries as well, unfortunately.

Anyways, let us turn to the final sin: wrath, or anger. Our good ol’ friend New Advent Catholic Encyclopedia simply defines it as “The desire of vengeance… It becomes sinful when it is sought to wreak vengeance upon one who has not deserved it, or to a greater extent than it has been deserved, or in conflict with the dispositions of law, or from an improper motive. The sin is then in a general sense mortal as being opposed to justice and charity.” We have already seen how Europe kills non-European through lack of aid or by destroying the climate, but Europe also executes violent wrath in a much more direct way: through selling arms to dictatorships and countries at war.

Compared to its American cousin in the Wild West, Europe often portrays itself as a much more peaceful and friendly part of the world. But historically, Europe has been an extremely violent country, with hundreds of wars that have changed the borders of European countries over and over again. And of course, Europe was the main playgrounds for the two of the most bloody wars in history: the first and second world war. Thankfully, this violent era ended with the creation of the European Union. Increased trade and diplomacy has made Europe a much more peaceful place than ever before.

END_OF_DOCUMENT_TOKEN_TO_BE_REPLACED 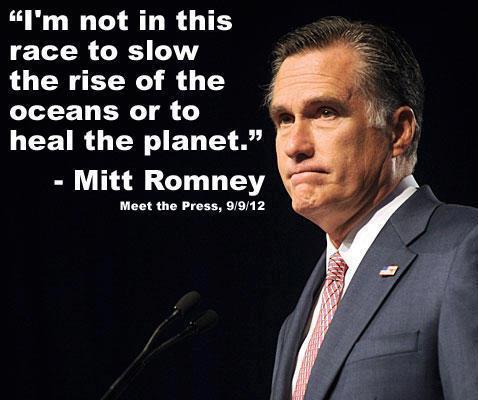