The Hunger Argument for Veganism

When people hear veganism, they think about animal rights activists or people who care for the environment. It is less known that skipping meat and dairy also is the single most effective thing one can do to fight global hunger.

My fiancée Sarah and I recently talked about this in MennoNerds video (above), and last month, Sarah contributed to PCPJ with an article on the hunger argument for veganism:

I have discovered that few things are so controversial among Christians and met with such incomprehension (and ignorance) as veganism. “Do you eat only salad?” is a question I often get, or “you don’t eat wheat flour, right?” Not to mention all the extremely hilarious meat jokes (sarcasm intended). But I have discovered that most times people have preconceptions about what it means to be vegan and the reasons behind it.

When I tell people that I’m vegan, most assume that it is due to the animal ethics. And to be honest, it was probably how it started. Twelve years ago, I became a vegetarian because I loved animals, and felt like a hypocrite towards them when I ate meat. But over time I began to think about whether this really was a sufficient reason. As a Christian, I believed that humans have been appointed to manage creation and that we have a higher value than animals. If an animal’s death would be the prerequisite for human life, it would be a morally acceptable thing to do (as it turns out this is not the case today, as I will explain below). END_OF_DOCUMENT_TOKEN_TO_BE_REPLACED

Why I as a Christian Don’t Eat Meat 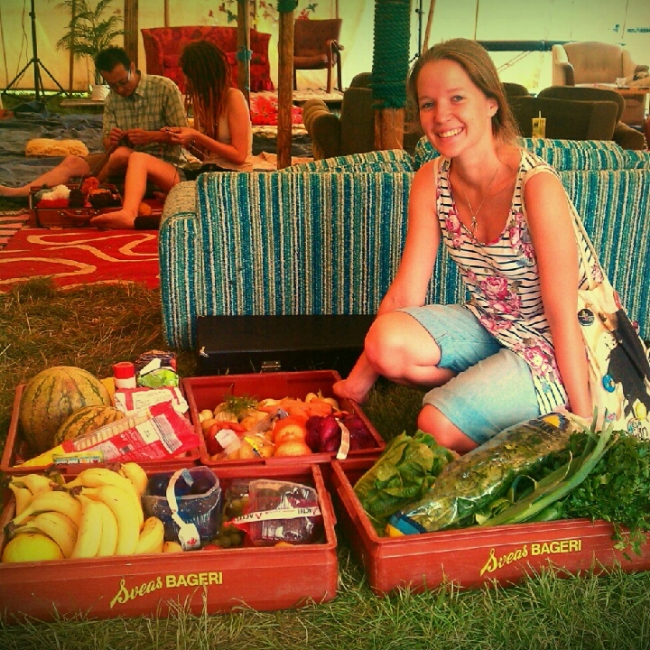 My friend Agnes with some vegetarian food

Five years ago I became a vegetarian. I had read about how extremely bad meat is for the climate and global environment: meat and diary production accounts for 1.5% of global GDP but 18% of global greenhouse gas emissions, and the United Nations Environmental Programme recommends a transition to more vegetarian and vegan diets in order to prevent huge environmental disasters. I also knew that producing meat requires much more resources than it takes to produce other foods – instead of eating crops ourselves we have to give it to animals for several years and then eat them – and since God had called me to live simply and help the poor by fighting global hunger, it was easy for me to become a vegetarian.

I have several Christian brothers and sisters who have made the same decision, but as you probably can tell yourself most Christians are meat-eaters. Which in one way isn’t very strange – even though Adam and Eve were vegans and the prophets tell us about how animals and men will live in peaceful harmony in Heaven, there is no clear-cut command to be a vegetarian in the New Testament. Peter was told to “kill and eat” in Acts 10:13, and Paul says “One person’s faith allows them to eat anything, but another, whose faith is weak, eats only vegetables.” (Rom 14:2) Most vegetarian Christians have heard these Bible verses a few times, I reckon.

I believe that meat-eating Christians are fully correct when they point out that Jesus ate meat and that the apostles didn’t teach that you have to be a vegetarian to be a Christian. However, I would like them to reflect on how much meat Jesus and the apostles eat, how much we eat today and whether meat was the environmental disaster then as it is today. Seriously, in Sweden where I live, most Christians and non-Christians alike eat meat three times a day, all year round. I’ve been to a couple of Christian conferences this summer and boy, it wasn’t easy to be a vegetarian. There was some massive meat-eating going on there.