Modern Civilisation is Collapsing – What to Do? 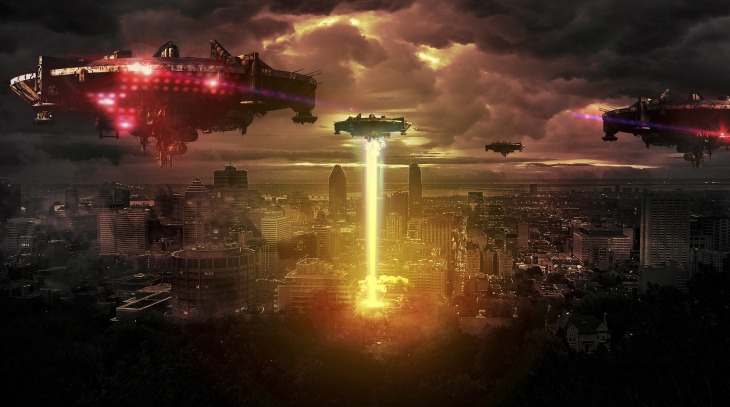 It probably won’t look as cool as this, but the Great Collapse will still be very damaging

All complex civilisations in human history have eventually collapsed. As the complexity of the Babylonian, Roman and Maya empires increased, their administration eventually became to costly and inflexible, leaving the whole system vulnerable to any famine, war or social uprising that would tear it totally apart. The inevitable collapse were seldom instantaneous, it could take decades or even centuries. What it always produced however was decreased complexity with more decentralised governance, more poverty, rural living and a smaller population.

I am fully convinced that if Jesus doesn’t return to end history soon, we will see modern civilisation collapsing. With modern civilisation I refer to the political and economic structure that is based in the “Western”, white part of the world but that influences all nations of the earth and use their resources. It is totally impossible for its complexity to remain on this level or even higher; sooner or later most of our societies will be thrown back to pre-industrial times, and millions will die.

This gloomy prediction of course contradict the myth of eternal Progress that has been a dominant paradigm in the West. Just like in the early days of the Roman empire, increased wealth, health, education and technology made people believe that the future will be eternally bright, everything will get better and more efficient.

This is very different from a Biblical worldview which predicts that the sinfulness of man will constantly follow and eventually consume us. The book of Revelation talks about how the pseudo-glorious city of Babylon, representing power, wealth and civilisation, will collapse: END_OF_DOCUMENT_TOKEN_TO_BE_REPLACED

What the Arctic Tells us about Following Jesus

The Arctic is alarmingly warm this year, in fact, 20 degrees hotter than usual. What scientists have been warning us against for decades is becoming reality. If nothing is done, we might see an enormous climate catastrophe that would kill and displace hundreds of millions.

The vast majority of scientists have also been telling us for years that we do far too little to stop climate change. Even if the relatively ambitious Paris Climate Accord is implemented by all countries, it will not be enough. And the outcome of the American election puts into question whether the Accord even will be implemented.

The main root cause of these problems is an industrially driven economic growth that is not restricted to areas that seem necessary and beneficial like better healthcare and education. The astonishingly high consumption level that has driven climate change for decades deals a lot with fashion, technology, entertainment and luxury products that we, if we’re honest with ourselves, simply don’t need. END_OF_DOCUMENT_TOKEN_TO_BE_REPLACED

The New Advent Catholic Encyclopedia describes gluttony as “the excessive indulgence in food and drink. The moral deformity discernible in this vice lies in its defiance of the order postulated by reason, which prescribes necessity as the measure of indulgence in eating and drinking.” It is opposite of contentment and fasting. Gluttony is exetremely common in Europe and the rest of the so called Western world, not only in its original food sense but also when it comes to consuming other goods. In fact, consumerism is the defining social end economic order in modern Europe.

Consumerism is caused by the economic envy of Europe which sees endless economic growth as the main political goal, and it is because of this consumerism we see the horrible greedy neo-colonisalism where Europe enslaves poor workers in Asia and Africa. But not only does consumerism oppress poor workers, it also destroys the environment. It becomes increasingly clear that the world’s climate, water, forests, air, flora, fauna and more get polluted and destroyed by sinful humanity. The environment is a broad topic so let me just focus on the main environmental issue of our time: climate change.

I don’t want to spend so much time refusing climate skeptic’s arguments since that has already been done by others – check this website to find good replies to what they say. We have to agree that man-made climate change is a fact, and that it is caused by inequality and injustice. As the video above shows, it is mostly rich countries that has caused climate change due to their industrial pollutions while it is the poor countries that will suffer the most from climate change’s consequences. Climate change is thus not just one of the biggest market failures, but also one of the biggest neo-colonial strikes against the global south. Europe gets rich through pollution and let the poor countries pay the expensive, life-costing bill.

END_OF_DOCUMENT_TOKEN_TO_BE_REPLACED

How Sub-Saharan Africa Has Changed Since 2005

Feeling depressed about all the wars, poverty, corruption, terrorism, famines and natural disasters in SSA? There sure is a lot to pray for and work against, but praise God – it’s getting better! Here’s some statistics from ONE:

Now of course there are regional differences; and even though things are generally getting better, the social, economic and political status of SSA countries are still very low compared to many other parts of the world. But we should never lose hope, change is possible! Let’s pray and work for more development, peace and revival on the beautiful African continent!

Today the 18th international climate negotiation conference (COP18) starts in Doha, Qatar. I don’t know how they chose host country for the conference, but since Qatar is rich on oil, owns the “best airline in the world” and has turned into one of the richest country in the world per capita, it wouldn’t have been my primary choice. To end the enormous problem with climate change, we need to dramatically decrease oil use, flying and wealth.

Scripture tells us that the love for money is the root of all evil (1 Tim 6:10), which is evident when it comes to the horrors of climate change. Of course, developing countries have a right to develop and fight poverty, I am defenitely not against that. But I’m against that rich countries, corporations and individuals keep getting richer although they know that this will result in coming catastrophies.

The climate problem has been publically known for 20 years, but global greenhouse gas emissions are still increasing. Recently the World Bank published a shocking report which said that even if all countries implement what they have promised to do, we still risk a rise of global temperature with four degrees, resulting in humanitarian disasters affecting millions. The aspirations of especially rich countries are simply far too weak. We really need to pray for miracles in Doha.