Podcast: Why Eschatology and Eternity Are Important

A new MennoNerds Podcast episode has been released! It’s on eschatology, Heaven and hell and started off in our vlog as a conversation on waiting and patience, which made me think about waiting on the second coming of Christ and the glorious heavenly realm that He will bring:

Deborah followed it up talking about two things that Heaven is and two things it’s not:

And Paul started to talk about hell and three different theological views on its nature: eternal conscious torment, annihilationism and universalism:

END_OF_DOCUMENT_TOKEN_TO_BE_REPLACED

Climate Change, the Extinction of Humanity and the Second Coming of Christ

November 9, 2015 9:28 pm / 3 Comments on Climate Change, the Extinction of Humanity and the Second Coming of Christ

Surface of Venus, a planet with lots of greenhouse gases

For many years my primary motivation for engaging in creation care and climate activism has been the fact that environmental destruction in general kills millions of people already and that climate change in particular will most likely kill off hundreds of millions of people in the near future. Since killing people is bad, according to Jesus’ ethics, we should care for creation and stop heating up the climate. In fact, some scientists have suggested that all of humanity will be extinct because of climate change. That is, not only will people die in Bangladesh or New York, but every single one of us might die because of this inconvenient market failure caused by industrialism and greed.

Of course, not all scientists are saying that we will become extinct because of this. While it is universally acknowledged that many other species will be terminated just as we have already killed off half of the world’s animals since 1970, and that humans are already dying because of climate change, whether we will commit communal suicide through our carbon emissions is not as clear. One of the main factors for this is that we’re not even sure how we will respond to the climate crisis, will there truly be an ambitious treaty in Paris that can turn the ships around, or will we just do business as usual until it is too late?

One of the scariest phenomena in climate research is called feedback loops, which basically means that a warmer planet will start to heat up even faster compared to what it does in the climate we have today. For example, a smaller arctic will lead to less reflection of sunlight back into space, and a melting tundra will release giant pockets of methane in the atmosphere, which is a greenhouse gas. These feedbacks may come to a point where global warming is unstoppable, to the extent that even if we stop emitting carbon dioxide into the atmosphere, Earth will eventually become like Venus. END_OF_DOCUMENT_TOKEN_TO_BE_REPLACED

When the Prophets Are Silent, People Turn to the Mayans 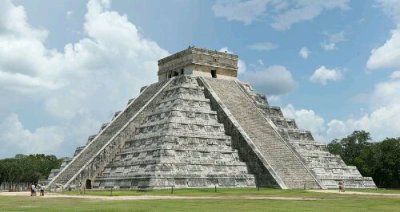 Musician and prophetic evangelist Simon Adahl once shared on Facebook how he had met a man who, after listening to Simon’s numerous miracle stories, exclaimed: “I had no idea that the church had something to do with the supernatural!” Simon was both surprised and sad when he heard this. Is the Western church so bad at representing God that people don’t realize He is a supernatural being?

I think we are. Even Pentecostal and Charismatic churches in the West often lack the abundance of signs and wonders we read about in the book of Acts. Other churches don’t even believe in it, or they are extremely careful, fearing that they would scare people away if they became “too” miraculous. They view signs and wonders  as a danger and a temptation, and thus healers, prophets and wonder-workers are rare among them.

The New Age movement, on the other hand, loves miracles. And I believe that many turn to New Age because they are not satisfied with unmiraculous cultural Christendom that is being offered them in the church. Today, the Maya Calender has recieved massive attention around the world because it ends today, which according to some means that the world is doing the same. And this is not a marginal phenomenon. Around 10% of the global population thinks that there is a possibility that the world end this year because of the Mayan Calendar.

Why are all these people viewing the Mayans as a prophetic authority? Most of them do not worship Mayan gods. Most of them do not live according to Mayan culture. Still, for many the simple statement “the Mayans said so” is a sufficient argument for thinking that the apocalypse may come today, even though they have no plans about starting sacrificing animals to the serpent god Kukulkan. Thus, in order to debunk the theory, Mayan scholars have to argue why the Mayan calender did not predict the end of the world but just an epoch shift, rather than questioning why people view the calender as prophetic in the first place.