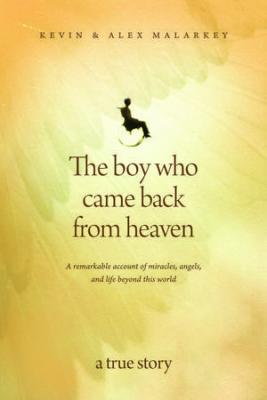 I did not die. I did not go to heaven.

I said I went to heaven because I thought it would get me attention. When I made the claims that I did, I had never read the Bible. People have profited from lies, and continue to. They should read the Bible, which is enough.

Tyndle Publishing House stopped producing the book and deleted its facebook page and web page pretty immideately after Alex’ released his statement. All this created a lot of debate about the authencity of other books about supernatural experiences, particularly “heavenly tourism”. Once again, cessationist Christians join hand with atheists and skeptics in refuting all charismatic litterature, claiming that this shows that books like this are a fraud. And by books like this we’re obviously thinking about the other book about another boy who shares his visions of Heaven in Heaven is for Real, published the same year (2010) as The Boy Who Came Back from Heaven. END_OF_DOCUMENT_TOKEN_TO_BE_REPLACED