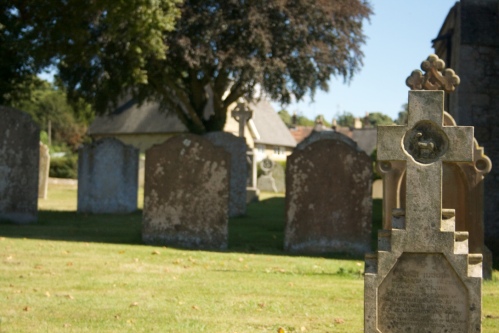 Imagine a church that never prays. No Sunday service or other kind of church meeting include prayer, and when asked about it the church leaders say: “Well, people are free to pray when they’re at home, but we don’t believe that everyone are called to be ‘prayer warriors’.” Would you view such a church as healthy or functioning?

Or imagine a church that never reads the Bible. Its leaders say “Well, we once did that but we didn’t get much out of it, we weren’t actually living biblically just because we read the Bible.” Would you think that such a practice and explanation were acceptable?

See, this is how millions of churches treat evangelism. Rather than doing it officially as a church on public places, it is delegated to church members’ private initiatives – which usually are very rare. Some churches say that they tried street evangelism and it “didn’t work”, so now they want to encourage “relational evangelism” by simply exhorting their members to tell people about Jesus and offer no training whatsoever to teach them how to do so.

This is scandalous and an abomination to the Lord. There is nothing He wants individual Christians to do that He doesn’t want the whole church as a body to do. And not only are churches that never evangelise disobeying His command to preach the Gospel to all nations, they’re also committing suicide.

I know of churches that used to evangelise regularly and even hire evangelists, that for some reason stopped doing it a couple of decades ago. Every single one of them are decreasing in number, some of them quite rapidly. Research shows that the one thing church leaders have to do if they want their church to grow is to evangelise, which is about as surprising as research showing that humans need food to survive.

Sure, non-evangelising churches may survive for a while as long as its most committed members are alive or doesn’t move, but relying on child birth as the only means for church survival is not just unbiblical – it’s very risky. Plus, churches that aren’t on the frontline winning souls for Christ in the streets are doomed to become very boring, introvert and disgustingly comfortable, removing themselves from where Jesus always wants to take us.

Non-evangelising churches are burying the most precious talent there is – the Gospel (Mt 25:14-30). They are all selfish and evil in that they refuse to spend their money and time on saving people from hell. They’re not enemies of the Gospel but they don’t love it enough to want to do everything for it to be proclaimed, which places them in the same despicable, lukewarm category as the church of Laodicea (Rev 3:16).

If you belong to a church that doesn’t evangelise, you have to change that. Make it your number one priority. It doesn’t matter how great the worship is, how strong faith people have or even if they have community of goods – if the church doesn’t evangelise it will eventually die anyway. Prevent church suicide – make public evangelism normal again!

By Micael Grenholm in Evangelism & Missions on September 5, 2016.
← Why Do You Want Richness? 3 Stupid Reasons Churches Aren’t Evangelising →